Cruising the Desert on Hot Machines

Harley-Davidson, that’s cult. More than just riding a motorbike, it’s kind of a complete lifestyle. The number of enthusiasts in Qatar is permanently growing. Their international confederation is the HOG, the Harley-Davidson Owners Group. Regularly they organize interesting events around the globe. It was the first time now, that Doha hosted one of their meetings. Between March 22. and 24. everything centered around the bikes. The Marriott Hotel, where lots of participants stayed, became kind of a racer’s quarters. Being the official host of HOG-events is quite a honourable task. 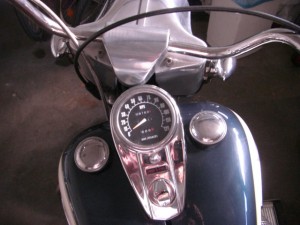 e country introduced to Qatar’s most beautiful places and cultural highlights. They visited Al Khor, a former pearl fisher village with its romantic harbour and nice beaches, about fourty kilometers north of Doha. A variety of entertainment offers left no time for boredom. A custom bike show in the exhibition center gave the opportunity to take a close look at the phantastic bikes. Harley-fans like to talk shop among each others. Each of the machines is a very unique piece. The owners customize them, which means they give them a personal touch. Lots of details are being modified, equipment and fittings are individualized for a distinctive approach. Chrome plate and elaborate paintings create perfect works of art. Nearly too good to drive it. Anyhow Harley-Drivers do not speed up. Their typical style of driving is a sovereign cruising.

On March 24. the HOG-members visited the historic fort of Al Zubara at the northwest coast, once a busy town, its ruins are still of some archaeological interest. The Losail International Circuit was of course also part of the program, because there are numerous motorbike competitions held on this racetrack. The finishing highlight was the great parade along the Corniche. Thousands of spectators will surely never forget the impressively blubbering exhaust sounds.

Within a few years Harley-Davidson has established as a top- 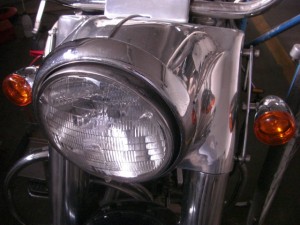 brand in and around Doha with high annual growth rates. Having been host of the annual HOG rally with more than 500 visitors has once again shown, that Qatar is a top location to carry out international events. The Harley-Davidson Owners Group was founded in1983. With more than a million members who are organized in about 1.400 chapters they are known as the largest brand related bikers organization worldwide. The HOG is associated with a strong relationship and loyalty among Harley-enthusiasts.

The „Harley-Davidson of Qatar“ branch is located in Al Wakra, just follow the southerly direction from the old airport and you’ll find them in the NBK Compound at the Oyster Shell Roundabout.